Creating A Vision For Our Future

CREATING A VISION FOR OUR FUTURE

Sasha Allenby is published in 16 languages in the field of emotional health—She’s author of several books including “Catalyst: Speaking, writing and leading for social evolution,” which the above excerpt was taken from. Catalyst was a #1 bestseller in social sciences and supports thought-leaders to craft dynamic messages that contribute to social change.. 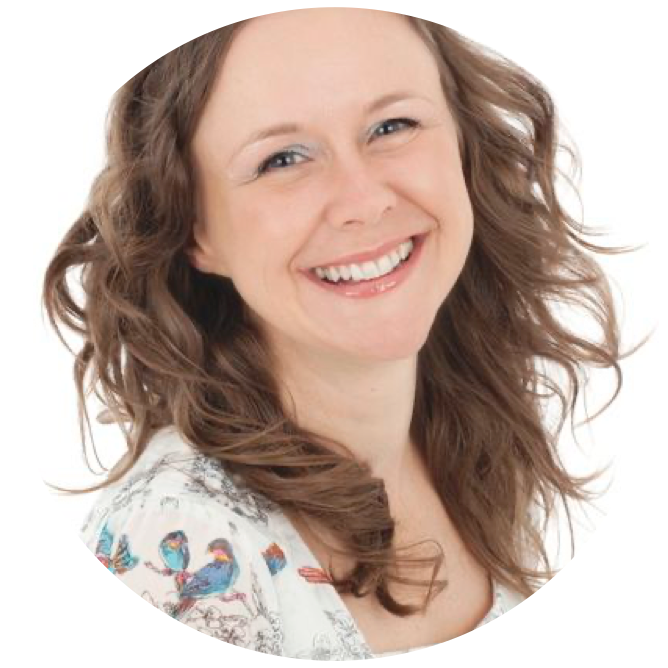 We are dawning on a new era of reality. Although it may appear that the current social climate is strewn with challenges that are insurmountable, these issues are being brought to the surface so we can collectively transmute them. We’ve reached a critical point where it’s the only reasonable choice that we can make. The majority of us are strongly aware of the magnitude of the situation, and it’s strikingly obvious that our solid and consistent contribution is needed in order for humanity to take a giant, evolutionary leap. And the time for that leap is now.

Great uncertainty brings a wealth of possibilities. We appear to be ending a cycle of humanity as we know it. We are also at a point where it could go either way: a spiraling of catastrophic circumstances or a profound mass awakening of consciousness that changes the way humanity operates as a whole. Each of us has the choice to be contributing to the kind of world we want to create. Every single one of us who is alive at this point, with the power to make a choice, has the opportunity to become part of the change.

Whether you are considering impacting your community and those around you with a small local project, or you have a plan to create a shift on a global scale, there has never been a more important time for you to hear the calling and respond. But before you step into leading either a small group or a significant portion of humanity, it’s crucial that you be clear on the type of impact you want to make. What kind of world are you envisioning? What are you leading others towards? Because when you are crystal clear about the changes you stand for, when you have a detailed picture of the world you are helping to shape, then—and only then—can you lead others towards that change.

Within us all lies the potential for both hope and fear. How you relate to these qualities and navigate them within yourself will deeply impact the way that you show up as a leader. If you picture the kind of world you want to be part of and you share your vision with others, instilling hope and possibility, your leadership will have a totally different flavor than if you lead from a place of being afraid for the future of humanity or the people that you serve. It is crucial to ask yourself, What is my core motivation as an evolutionary leader? The answer to this question provides your foundation as an influencer. If your baseline is that you are leading others from the fear of what might be, then everything about your message—from the tone that you deliver it with, to its content, to its impact on your audience—is going to be vastly different from if you are leading based on a vision of the kind of world you want to be part of.

Social evolutionary leadership requires a commitment from you to smash up the old paradigms of misinformation and prejudice, and lead others towards greater values of compassion and equality. If you are taking others on this journey, you must be prepared to face the fear that lies within you and acknowledge the influences that hijack you on a daily basis.

Living in the technological age, much of our perspective is continuously affected by what we see and hear, moment to moment. This not only includes the news and social media, but also the fictitious realities that we experience through film and TV. Popular fiction and the mass media play into and reinforce both our dreams and our fears. We see this in the science fiction genre, which often reflects the contrasting worlds of our hope and despair. These two worlds can be seen in utopian and dystopian fiction. Utopian fiction shows us how humanity could be if we live up to our highest ideals while dystopian fiction is where all humanity’s deepest fears and darkest imaginings have come into being. These types of fiction have been part of our culture since the late nineteenth century, and they became part of popular culture in the mid-twentieth century. They have significantly risen in popularity in recent years, possibly related to the current socio-political climate.

In a dystopian world, we are presented with a warning of what could be if all of the most grotesque and self-serving aspects of humanity were allowed to prevail. It’s the land of our nightmares. It’s the place of our spiraling and catastrophic thinking brought into reality. Whatever we fear—whether it is advancements in science and technology, a corrupt government, or a system that disempowers us and takes away our personal choice—we can see this world made real through dystopian fiction.

Aldous Huxley’s Brave New World is one where humans are created in test tubes and science has advanced to the point where it overrides humanity. George Orwell’s Nineteen Eighty-Four shows a nation ruled by surveillance and controlled by an ever-present authoritarian government. Margaret Atwood’s The Handmaid’s Tale presents an infertile world where a radical religious faction has taken over and the few remaining fertile women are forced to procreate against their will. Suzanne Collins’s The Hunger Games is a world that is divided into districts which are characterized by different class struggles, and where children are forced to fight to the death in a televised game.

These, and similar “speculative” fictions, both mirror and heighten the fears that we already have through their narrative. And when our fears are amplified in this way, they reinforce the shadows that reside within us. Living on this planet today, we have a very distinct difference from our ancestors. Through movies and television, we have consistently been exposed to the dystopian worlds of others. Most of us have witnessed these possible futures through speculative fiction novels, in science fiction movies or in TV series, and had our own shadows heightened by the mirror they create. Because of this exposure, we have different kinds of triggers to those of our ancestors and they impact our perception of reality on a daily basis. When our leaders carry out actions that are disconnected from the greater good, many of us find ourselves subconsciously recalling these images. We often picture the same spiraling catastrophic events, and we project them into our futures. We do this without realizing it, so that each time we hear a news report or collectively experience an event that goes against our core values, we picture a catastrophic outcome. If you haven’t found yourself doing this yet, next time you hear a news report that triggers you emotionally, try catching yourself visualizing a dystopian future based on the images that your subconscious holds.

In contrast, utopian fiction shows us how humanity could be if we lived up to our highest ideals. Utopian futures present us with a world where equality and consciousness prevail and where hunger, war and disease have been eradicated. The term utopia can be used to describe a “perfect” world, and is often dismissed as idealism that isn’t workable in reality. It can also be used to describe a highly desirable or nearly perfect world—and we are referring to it in this context here.

Utopian fiction shows us a world of possibility. This is seen in Star Trek, which presents a future humanity of sexual equality, where famine and poverty have been eradicated, where need and desire are no longer our driving forces, where racism and prejudice no longer exist: a dream of equality and higher consciousness. In Star Trek, the characters explore the universe, often encountering races who have yet to evolve beyond the prejudices and inequalities that we are currently working to overcome.

When I saw Star Trek: Next Generation in my late teens, I wanted to understand why, if we could imagine such a reality, we hadn’t yet created it. How is it that our highest minds can see a world more evolved than the one that we live in? And why aren’t we already living in it? These are questions that I’ve sat with for twenty-five years and although there is no simple answer, one of the conclusions I’ve reached is that the vision and our actions need to match. If we want to live in a world of equality, we need to be simultaneously picturing a possible future, and also taking viable action steps towards that dream.

That means our work has two components. The first is that of our imagined futures. If you have any kind of optimistic picture of a future reality, either in your area of passion or for humanity as a whole, then it likely contains some kind of ideal—a sense of how the world could be. Just as Martin Luther King’s most famous speech began with “I have a dream,” so too, must your foundations be based in a dream.

The second is that of practical application. When our core motivation is social evolution, we can

combine our goal of creating a world where the highest qualities of humanity are engaged and fostered with our consistent effort to create that reality in small, incremental steps, whatever adversity we face in doing so. It is only by collectively acknowledging our dream, and working towards it, that we can steer humanity in the direction of greater consciousness.

A similar journey was outlined by historian Howard Zinn who wrote:

To be hopeful in bad times is not just foolishly romantic. It is based on the fact that human history is a history not only of cruelty, but also of compassion, sacrifice, courage, kindness.

What we choose to emphasize in this complex history will determine our lives. If we see only the worst, it destroys our capacity to do something. If we remember those times and places—and there are so many—where people have behaved magnificently, this gives us the energy to act, and at least the possibility of sending this spinning top of a world in a different direction.

And if we do act, in however small a way, we don’t have to wait for some grand utopian future. The future is an infinite succession of presents, and to live now as we think human beings should live, in defiance of all that is bad around us, is itself a marvelous victory.

This is the choice we must make as evolutionary leaders if we want to influence others to engage in expanding their view on what is possible.

Heal Your Wounds by Jayne Warrilow

Heal Your Wounds by Jayne Warrilow

The Power Of Healing by Jayne Warrilow

The Power Of Healing by Jayne Warrilow

Ask the Coach with Claudia Lindby

Ask the Coach with Claudia Lindby